As a photographer, I am drawn to:

But I realize that only in retrospect. When I pick up the camera, the realm of words falls away.

I bring my camera everywhere because what stops me could be anywhere. When I see it, I feel surprise, because I could not have anticipated it, but also recognition, because I identify with something in it.

The West Coast photographer Henry Wessel (a fellow Jerseyan, by birth) described his process this way: "You are not looking for something. You are open, receptive. At some point you are in front of something that you cannot ignore." Over my desk I keep the following quote from poet Richard Wilbur: "The only thing to do in art is to persevere hopefully in one's peculiarities." The writer in me likes this quote, too, for its old school, now virtually bygone, use of hopefully.


Here is some personal history: 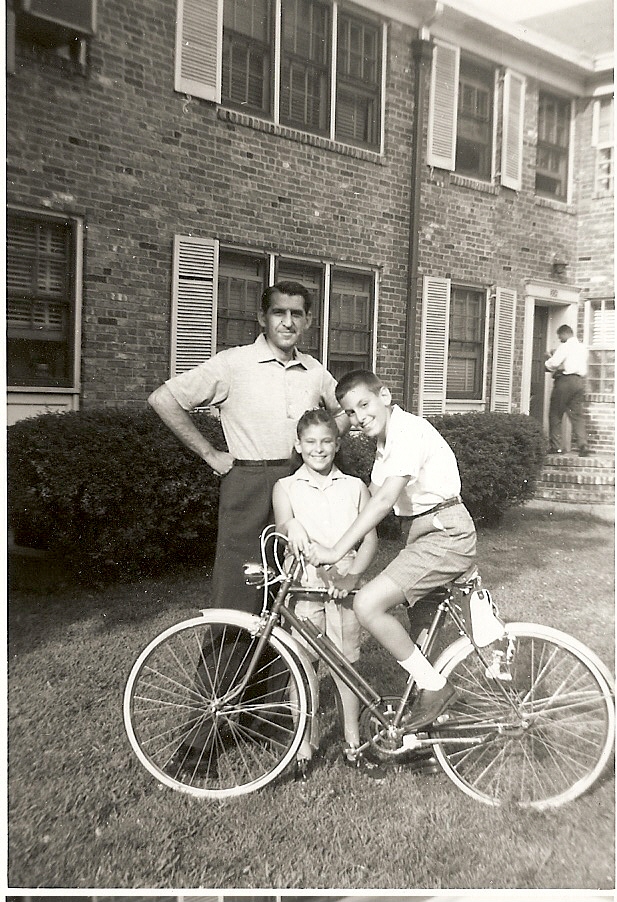 At rear, the mailman enters the garden apartment where we lived until I was
13. We moved to a house in suburban West Orange in June, 1963. 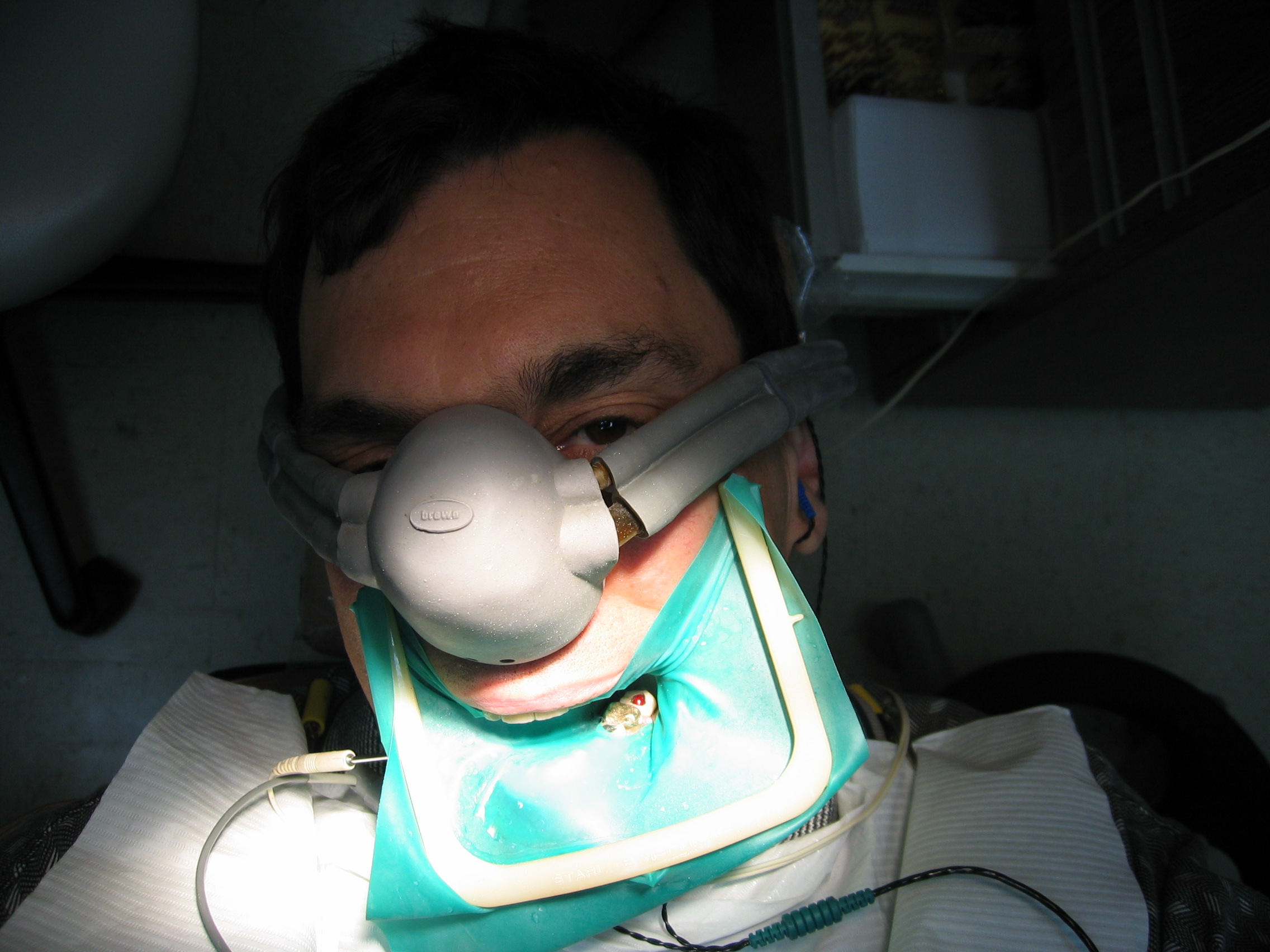 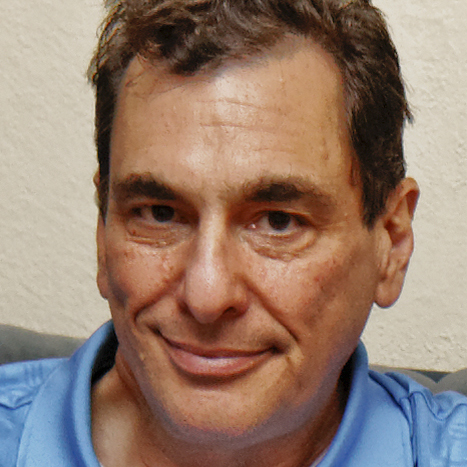 NEW YORK CITY, 2012, PORTRAIT OF THE ARTIST AS A YOUNG 60-SOMETHING:
Photo by my niece, Lena Sands, a theatrical costume designer. 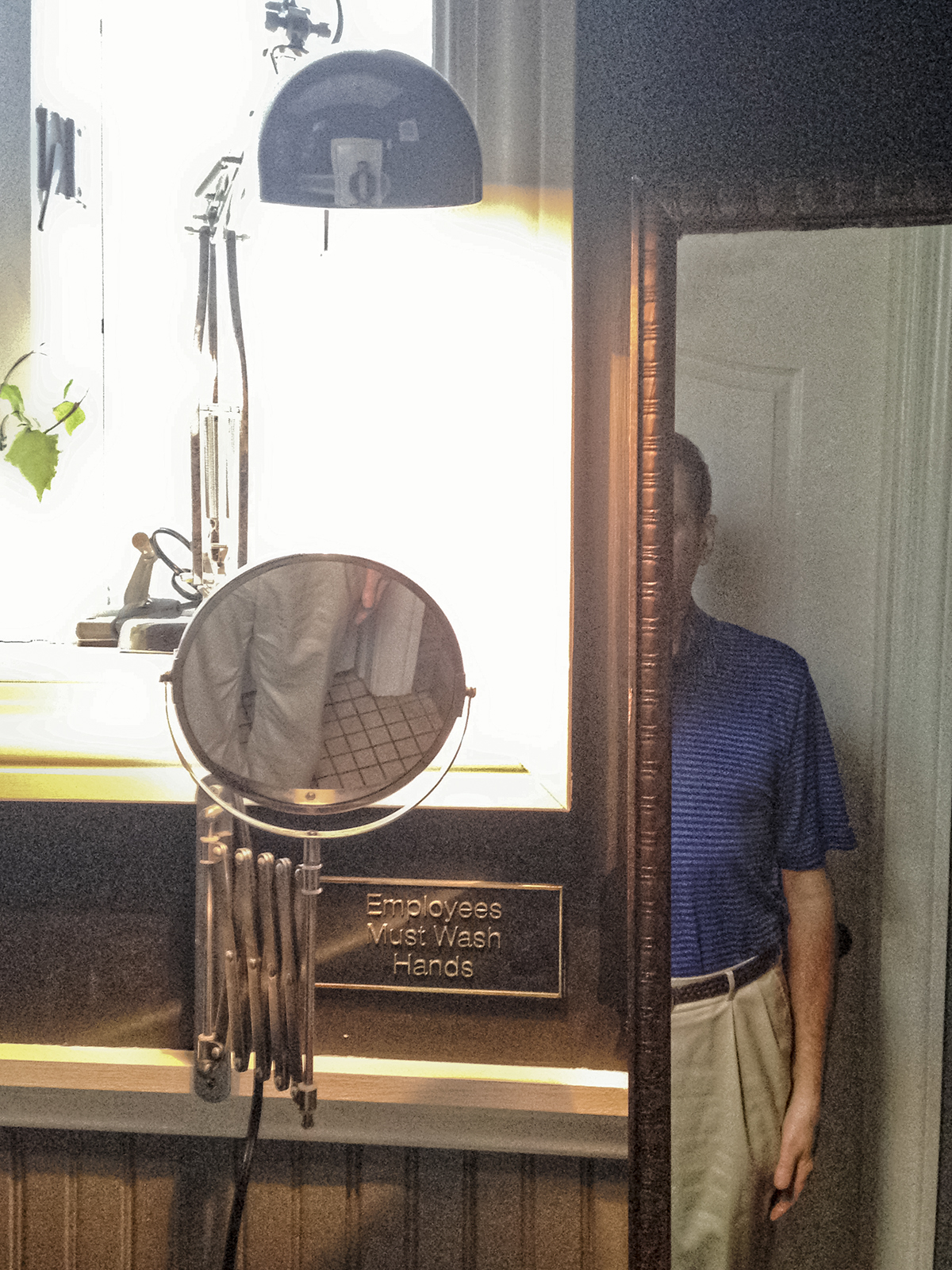 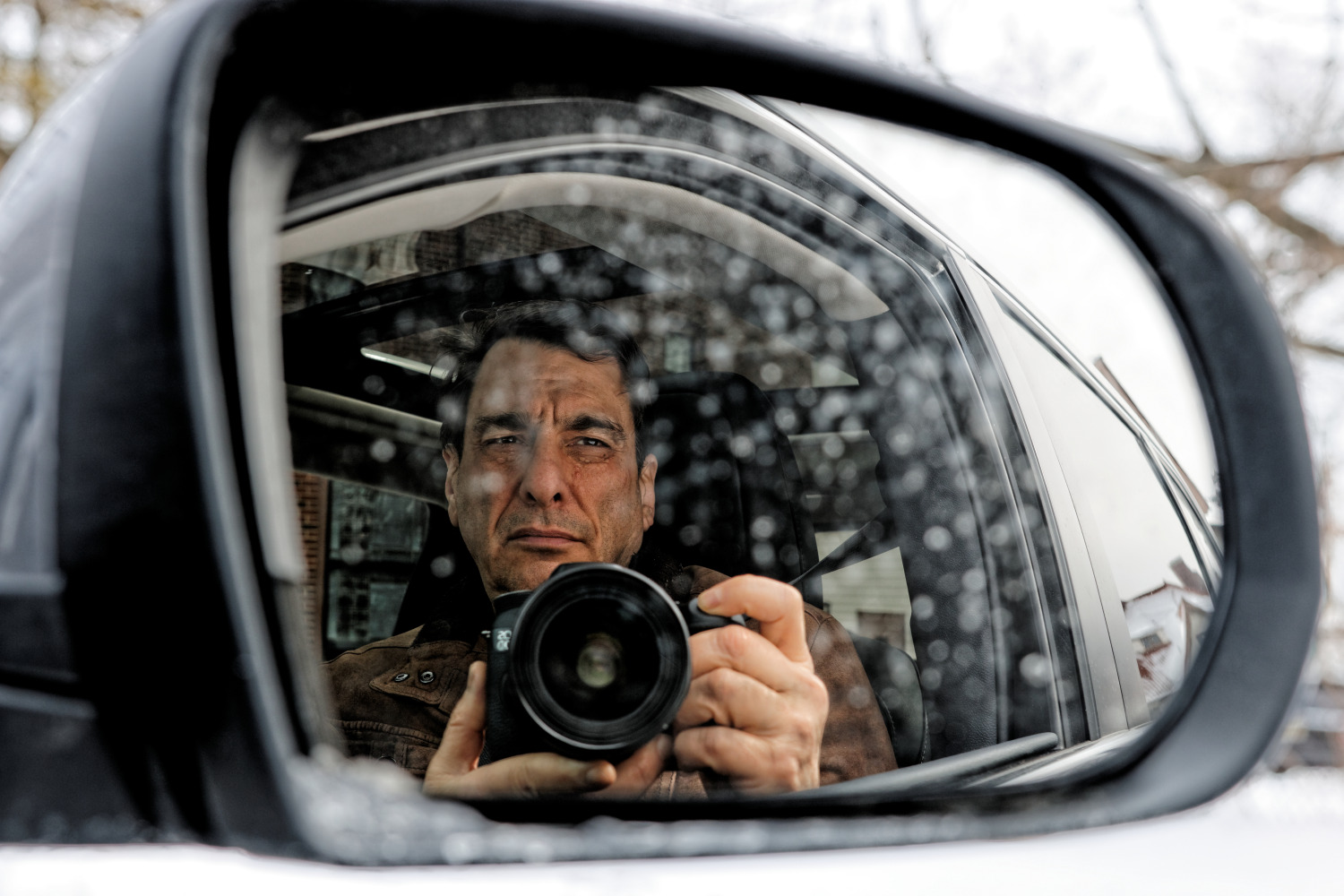 And here is a brief sketch of how I fell under photography's spell:

My father, Mel Levin, was an Army medical photographer stationed at Valley Forge Army Hospital during World War II. Valley Forge apparently specialized in plastic and reconstructive surgery. Many of the soldiers treated there were amputees. The staff fitted them with prosthetic limbs and literally helped them get back on their feet.

My father's job was to photograph the wounded soldiers when they arrived and at each stage of their treatment and, one hoped, eventual recovery.

One day when I was about 13, rummaging around our basement, I came across a small, strangely heavy cardboard box in the back of a cabinet.

It contained dozens of thick glass slides, about the size of index cards. I pulled one out and held it to the light. It showed a man--so he appeared to me, yet barely out of boyhood himself--who no longer had a chin. The photo was in color, and so were the others I dared look at. They were brightly lit clinical closeups. I could bear to look at only a few. I quickly closed the box and shoved it back into the cabinet.

I'm not sure why that searing moment did not turn me off to photography. Yet it makes sense that when I bought my first 35 mm. camera, in the fall of 1968, the start of sophomore year at Boston University, I took pictures of things that were generally common and ordinary but specifically unexpected and individual. I was especially interested in the discarded, decayed, disreputable, disturbing or slightly off. But these had to be undercurrents, like the memory of my father's slides. In complexity and paradox I found beauty and a kind of reassurance.

In college, I learned to develop and print black & white film, and spent countless magical nights in the darkroom, the music loud and the air pungent. During my career as a journalist--beginning in late 1971 at the Bayonne Facts, a weekly owned and edited by a Jewish former amateur boxer and raconteur named Maurice Cohn--I've always taken pictures. Some were on assignment.

I remember standing at the foot of the stage, looking up worshipfully at Muddy Waters and snapping away. The paper ran one of my photos. These days I shoot the pictures for many of the stories I write for New Jersey Monthly.Since March of 2008, I have done a daily photo blog, Plain Sight, at njmonthly.com.

I've always loved color. It's the way the world really looks. I found my lodestar in the mid-'70s in the work of William Eggleston. My other main influences include John Gossage, Lee Friedlander, Mitch Epstein, Stephen Shore, Joel Sternfeld and of course Walker Evans, Robert Frank and Henri Cartier-Bresson. In other words, the usual suspects. My indispensable Adams, however, is not Ansel, but Robert. A great writer on photography as well as a one-of-a-kind artist, a modernist with a big heart.

In the mid-'80s, when my wife and I lived in downtown Jersey City, I shot hundreds of rolls of Kodachrome 64 while walking around the city, often while pushing our son, Michael, born September 11, 1986, in his stroller.

My friend Richard Lacayo, then the photography critic of Time and now its art and architecture critic, bought several of my Jersey City photos. I am indebted to him for that and also for writing a brief essay for my first solo show, at Studio Montclair, in January, 2006.

Gossage, whom I profiled (and photographed) for American Photographer in 1988, the novelist Jonathan Ames, whose narrative writing class I took in 2003, and two good friends and colleagues--the writer and poet Bruce Frankel and the graphic designer and tech blogger Anthony Kosner--also contributed short appreciations to that brochure, for which I am equally grateful.

I switched to digital in 2002. Someday I will scan my Jersey City body of work, called JCNJ. For now it rests in a drawer, about 40 mylar sheets of 35 mm. slides, 20 slides to a sheet, a remnant of a bygone era.